Naturally, an intruder won’t spend months trying to force a well-locked door, but will look for weak points and vulnerabilities in those information systems where security isn’t a priority. Seemingly minor vulnerabilities may end up in serious consequences and lead to the system being compromised. The acknowledged way to reduce such risks is to employ penetration testing.

To prevent your organization from possible breaches and reinforce existing security controls against a skilled attacker, eStream Networks team offers penetration testing services based on a custom plan of a multistep attack that targets custom network infrastructure and applications. 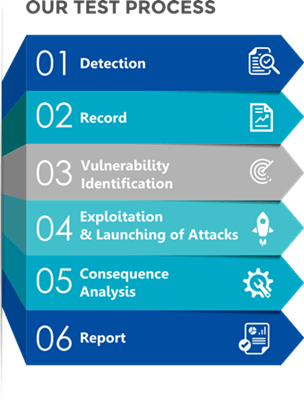 Do not Postpone Your IT Environment’s Security Any Further

Talk to an expert

Do you need to verify and attest your IT landscape or an App is intrusion-proof?

Our in-house experts are available to meet your business requirements, enabling you to focus on your core activities and achieve goals.

Need Help?
Start a Conversation
Hi! Click one of our team below to chat on Whatsapp
Our team typically replies in a few minutes.
Enquiries and Support